YOUR own topic about YOUR own Moke.
Post Reply
20 posts

Hello all,
it seems wanting a type of vehicle and browsing the internet is a little dangerous, I came across this Moke in South Africa, and seem to have bought it

Its going to be a while before I can inspect it for myself, pesky boat goes so slowly.

I'm currently trying to tie down its exact age, I was hoping the club may be able to help, and with a dating cetificate when it comes to registering it here in the UK.
Love to know what your thoughts are based on the pictures I have, I know its got the wrong engine, which is a shame but hopefully not the end of the world.
cheers,
Iain 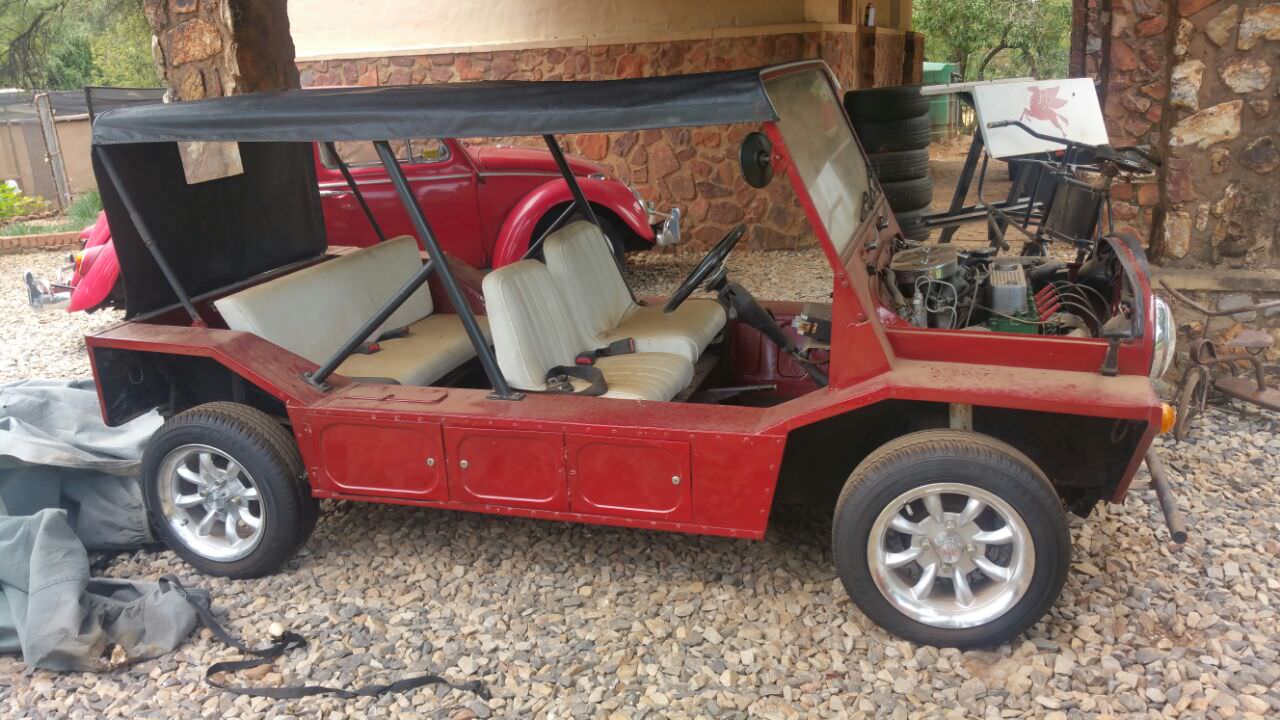 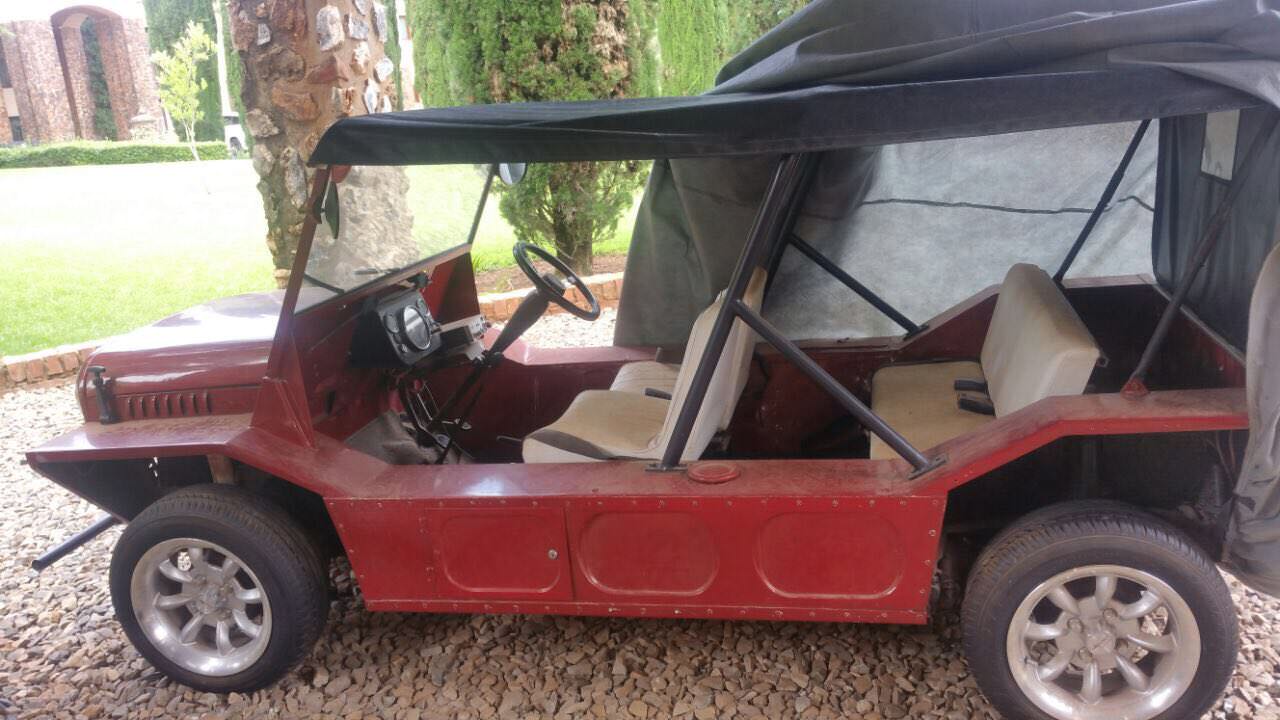 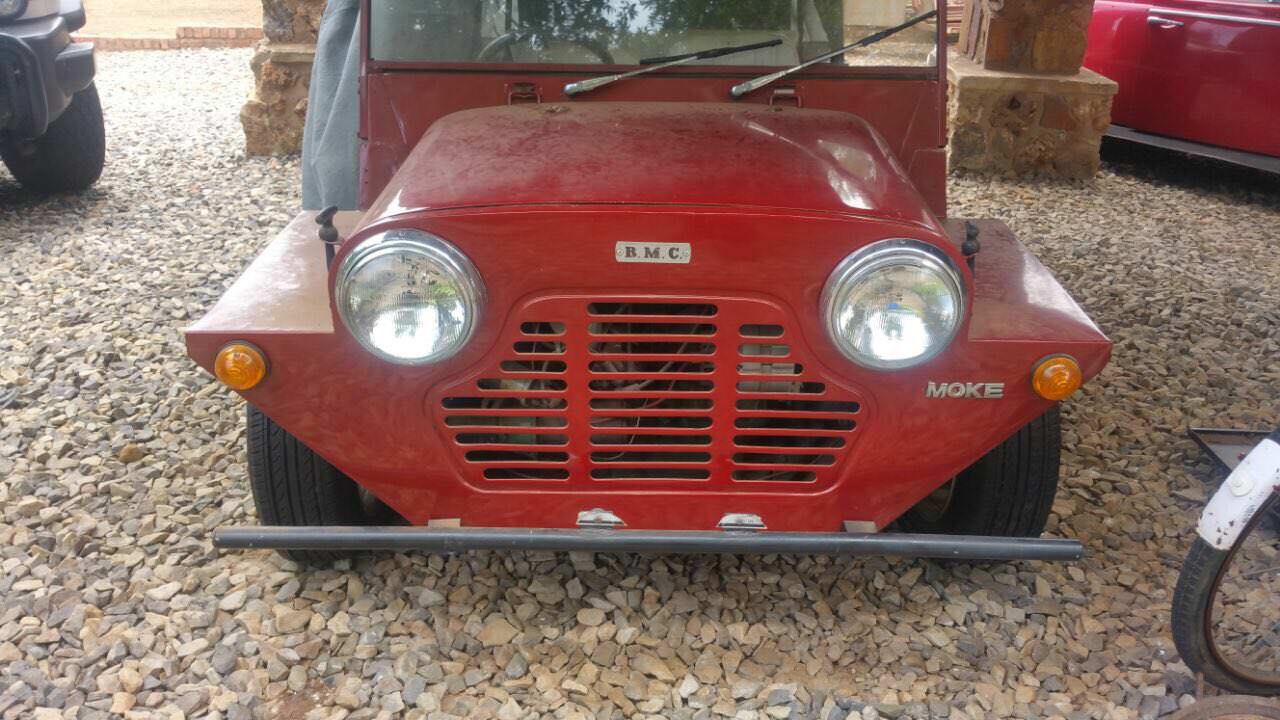 Welcome to the forum, I know what you mean about the wait as I've done it myself. I think it looks like a SA fitted engine judging by the pictures I've seen of its engine bay
Your best bet would be to contact the clubs English moke registrar about the documentation as he's had some experience with them ( there does seem to be a fair number coming from SA of late)
The registrars details can be found in the clubs magazine
At least can add up
Top

Nigel, thanks for that, I'll join up and give it a try,

It is (must be, based on the oil filter at least)a SA produced engine, seems to be a 1098 (10H engine code)
shame its not the original, but unusual enough here to make it interesting. 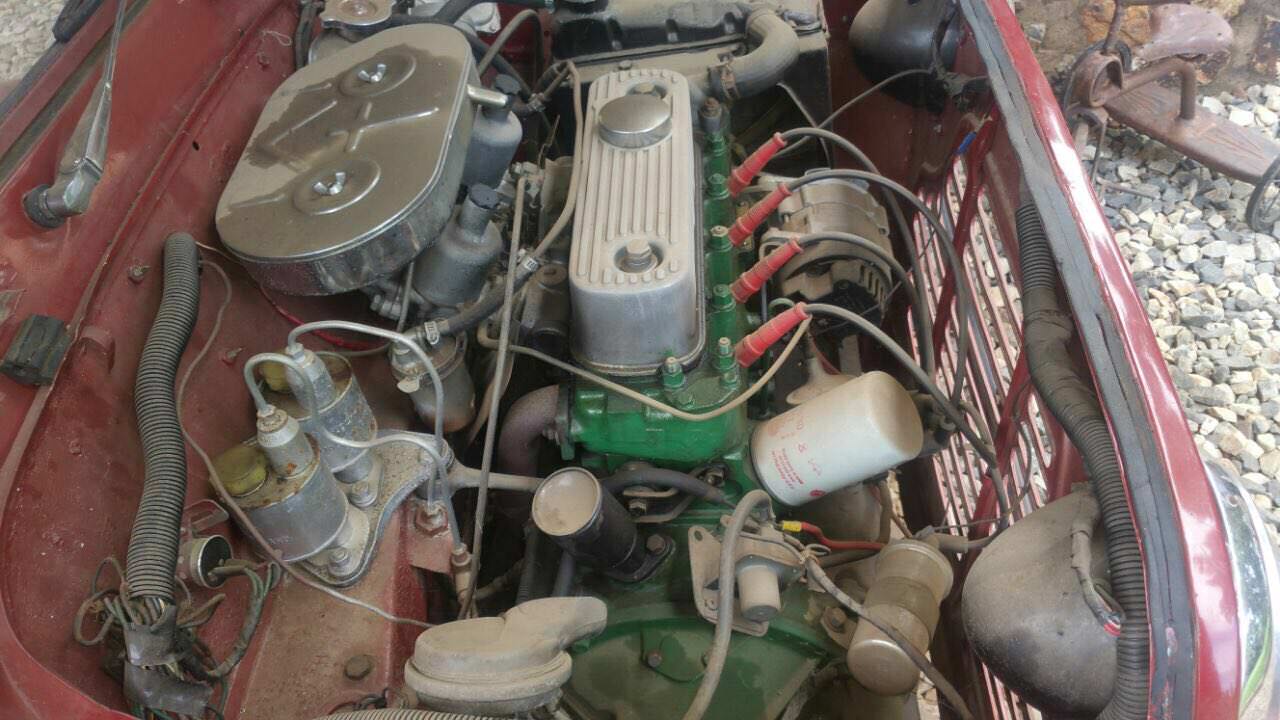 Congratulations on your new purchase.

Your Moke was almost certainly assembled at the BMC Blackheath factory in the Cape area. It would have been sent out in CKD form (as components and assembled overseas) from Longbridge. I would estimate that your chassis number dates from around April or May 1965 but its assembly in South Africa would have taken place several months later. This in interesting as the Mini Moke was not actually launched in South Africa until October 1965 so yours may have been one of the first ones.

Only around 400 Mini Mokes were assembled in South Africa so they are relatively rare. I know of a few that have been reimported back to the UK from both South Africa and Zimbabwe but a surprising number appear to have survived over there. Many have been patched up to keep them on the road and Nigel is right when he says that several enterprising individuals are reported to be bringing more back.

If you are looking for the manufacturing date for your Moke, I would normally suggest that you apply to the British Museum for a heritage certificate. Unfortunately as your Moke is CKD, all they will be able to supply is a "Confirmation of Year of Manufacture" letter that will give you the date that the component parts were despatched from the factory. However it's probably still worth doing. Roger
Should you wish, you can always contact me at M Parts
Top

Thanks Bodge, and I appreciate you sharing your knowledge,

I dont know if it makes a difference, but I didnt put above that the number does have the prefix M-AB1-
which is Morris made, but I dont know if it still points to it being assembled in South Africa, I'm really enjoying trying to find the pieces of the puzzle.
I have ordered a heritage certificate, which seems to be the only way to get to the bottom of it, we will see.

I was just reading an article whish seems to suggest if it was assembled in SA there should be another serial number either stamped into the crossmember or on another plate somewhere, can anyone confirm ?

Iain42 wrote: ↑
Tue Jan 30, 2018 21:27
I was just reading an article whish seems to suggest if it was assembled in SA there should be another serial number either stamped into the crossmember or on another plate somewhere, can anyone confirm ?

According to a previous post by Watto, South African Mokes should have two ID plates fitted under the bonnet. One should be the BMC chassis number which should correspond with BMIHT's records, and the second plate should say "Built in South Africa by BMC (South Africa) (Pty) Ltd, Blackheath, C.P." This should be in both English and Afrikaan and should have the model and body number according to local production.

Here is an photo of one of those plates, partly obscured by the starter solenoid and some paint! Roger
You do not have the required permissions to view the files attached to this post.
Top

Thanks again, I hadnt found any other reference to the Blackheath plant, only that in Rhodesia (I did discover someone I know worked at the Rhodesia plant in the 70's),
I've given up trying to tie down dates etc. seems theres much conflicting information about, I'll wait impatiently for the heritage certificate or letter to arrive, while I'm waiting impatiently for the paperwork to be done so it can go on the boat, so I can wait impatiently checking the boats progress

That's true David, but the block number starts with a 10. That indicates a 1098cc engine
At least can add up
Top

So has it had a "head job" with twin carbs and the 1098 block drilled for the extra stud and bolt or is it an engine tag swap. Time will tell when Iain gets his hands on it and checks out the casting numbers etc

Its a south African produced A series, imports to SA were taxed unless a percentage was locally produced, so they produced their own engine (amongst other parts), depending where you read, the base was a copy of an 'S' engine (hence the extra stud / bolt) , also tweaked in other areas, the most obvious being the oil gallery - hence the oil filter location.
I read into it a bit when I was on the verge of buying a mini GTS some time ago.
Can only presume they kept the same format for numbers / identification, we'll see
Top

It may be the legendary South African 1100. I'm not sure if they were made with the re-positioned oil filter, but the trick with them was that they used the same bore as the 1275, but a shorter stroke, to achieve 1098. Their crank is similar (but not identical) to the crank used in the 1071 Cooper S. They are said to be extremely smooth running, especially compared to a normal 1098, which is really a long stroke 998.

A quick bit of googling suggests the engine number prefix should be 10H.

Thanks Tim, I like the sound of legendary, looks like I'll be measuring the stroke when it gets here.

On a slightly related note (possibly more legendary content), and strange I mentioned it above, but apparently a mini GTS came up for sale, completely unmodified, in amazing condition, 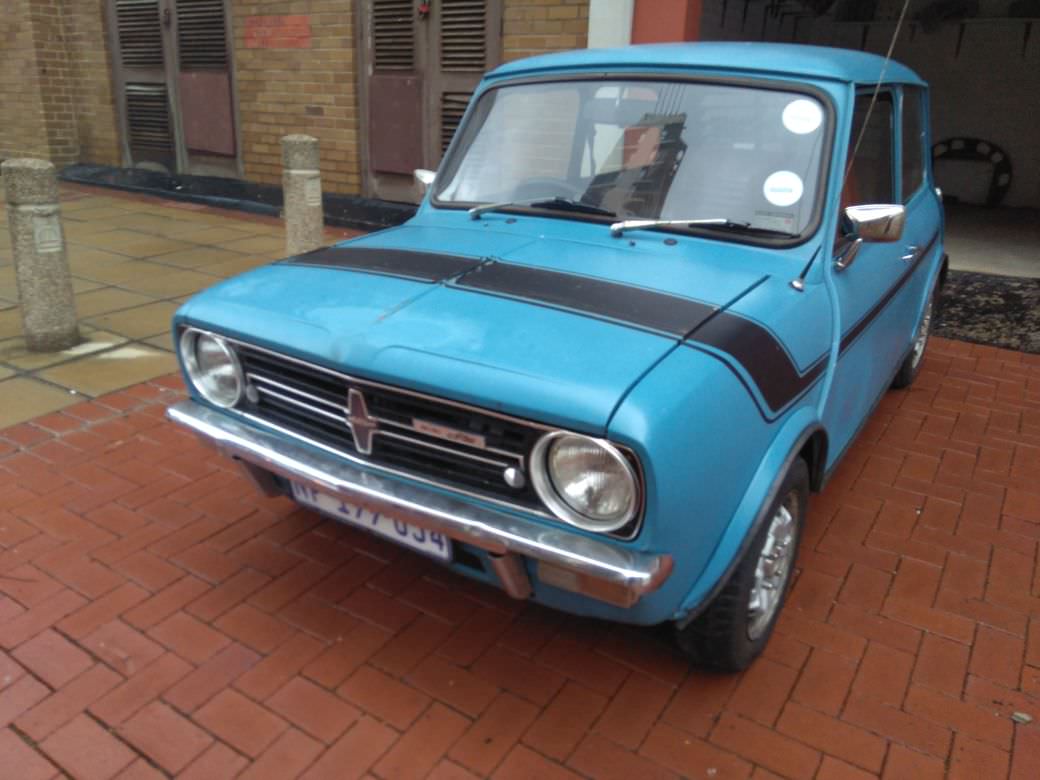 Sell the one with a roof.