YOUR own topic about YOUR own Moke.
Post Reply
20 posts

You're vote will be counted when the time comes

Good news x 2
My Heritage certificate arrived, giving a production date of 3rd March 1965 and of course a CKD to South Africa. 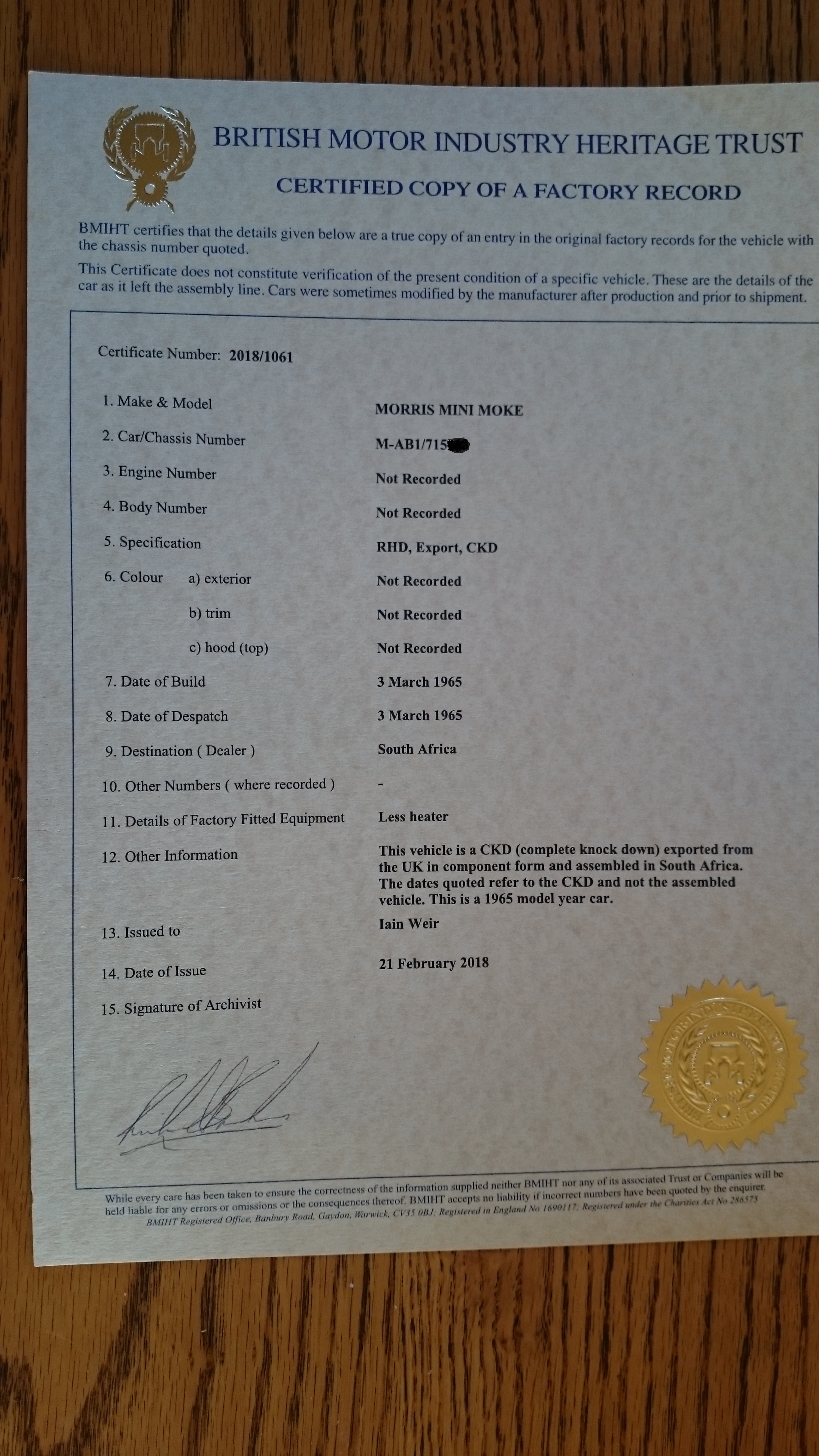 and, its made it to Durban, and into a container.
It has company on the way, a Capri Piranah and an Alfa of some sort, hope theres no falling out on the way, the boat was leaving yesterday, but its still in the port 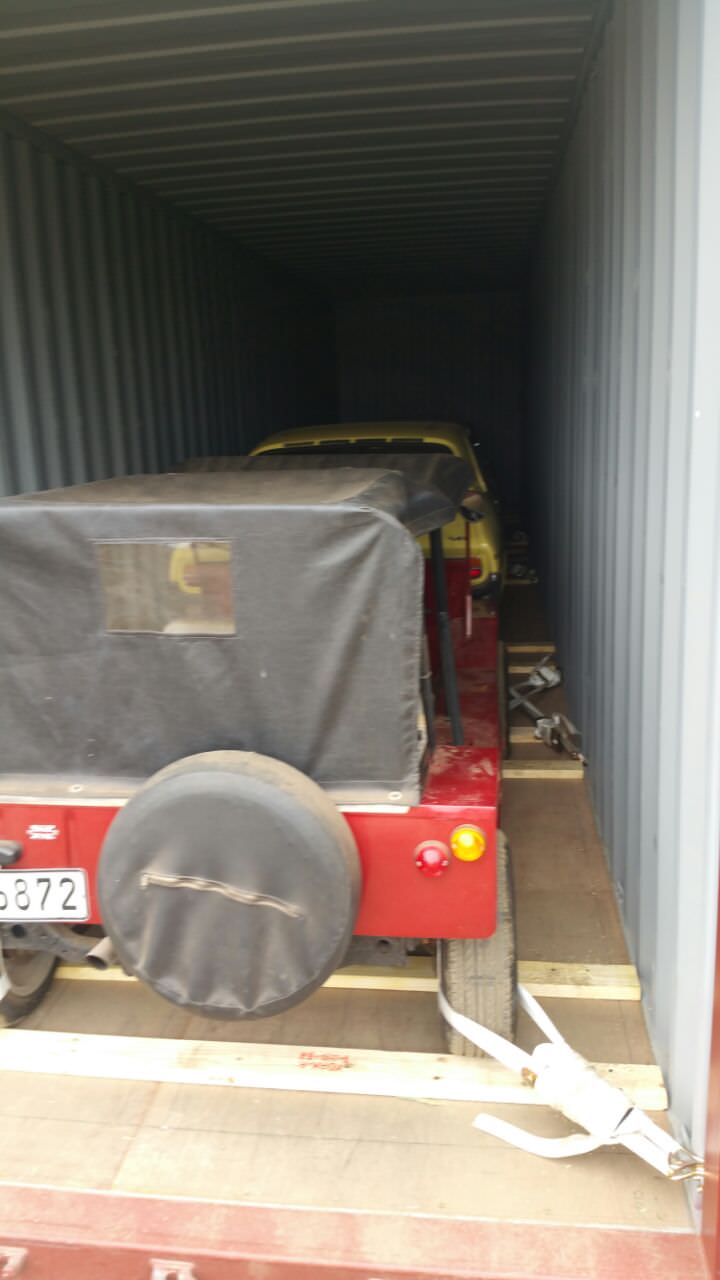 Thankyou, I will, about a month to go
Top

I also am a new moker, fell into the same trap as you, only my moke was in bits in Yorkshire, just looking I was, somehow it found its way down south to my gaff!
Its a blue (was) one on a trailer featured in last but ones moking mag. Its a bit of a mongrel, but after the usual funding and hours of welding and panel beating, stripping engines, new pistons, valve seats and etc etc, it should turn out well .
1973 ausy moke 1093 cc.
The mini with the tin top is the one to find a new home for, cos as sure as eggs are eggs, you will spend more on the moke,
but much more fun!,
cheers Mick West
Top

Thanks Mick, another vote cast

plans may be forming, but we'll get to that later.

Good news, its here (well it has been for a while)
Overall its pretty much as expected, few bits to do, mainly taking off the later mini bits someone has put on.
I may have had a little drive (private test track of course

) and it goes well.
I have some pictures of course, just cant get to them at the moment.